Could you imagine? The theme to The Exorcist playing in the dark of night in the living room so loud that it can be heard all the way down the hall and into the room of an eleven year-old boy? If so, you can also only imagine that complaints would come from his parents. And, at times, his thirteen-year-old brother. All of these family members had to share the house with this eleven-year-old boy, and yet the young lad seemed to think that it would be fine to play this song, which was linked closely with the terrifying horror movie, at a volume level that would resonate throughout the home.

The boy had purchased the Tubular Bells vinyl LP by Mike Oldfield. It was one of the first albums that he had ever owned. He had fallen in love with the theme from The Exorcist, and bought the full album which contained it, wondering what the full version of the song sounded like. Little did he know what world this album would open for him.

I credit Tubular Bells as the album which opened me up to the world of progressive rock. The full composition of Tubular Bells is an incredible achievement. It is so full of unique sounds, changes in mood and atmosphere that it’s almost dizzying. I was always into Science Fiction and Horror, and listening to Mike Oldfield’s album helped me to close my eyes and imagine all sorts of incredible worlds. Thus, I’m sure you have figured out that I am the young boy who used to try to play the music loud enough from our record player in the living room that I could hear it in my room as I lay in bed going to sleep. This was not popular with the rest of the family. But this was in the days before iPods, CD players, and even the Walkman, so I had limited means to listen to this amazing composition at the zenith of my creative abilities, as I lay in bed, going to sleep.

Tubular Bells is an album that must be heard to be believed. It’s one album that I can think of that goes through many mood changes, and yet somehow maintains its identity. It goes from passages of beautiful melody, to music fronted by spoken word, to grunts and growls and never seems to leave the planet of Mike Oldfield. Oldfield’s sound is unique and mesmerizing. He uses a unique variety of instruments, which accompany his readily identifiable guitar; a buzzy, rich-toned sound, which gives the sense of travel as it takes us over the various musical landscapes. I won’t elaborate on much because it’s best experienced on your own, and through the sound of the music itself, rather than through my words.

With the “Must Haves” series, you will find that I will not go into detail and describe each song as I do with the “Song By Song” series, and that’s because I believe that these releases are best heard fresh, without too much preparation. And so I urge you to buy Tubular Bells by Mike Oldfield, and preferably play it through headphones rather than blaring loudly throughout the house. Although, the latter is quite fun, if you can manage it. 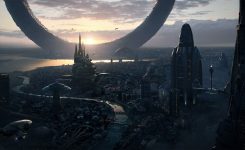 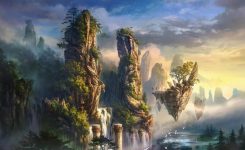 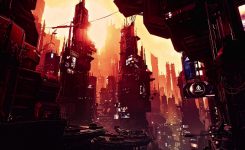 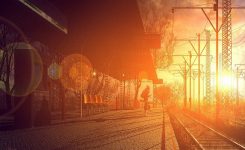 Ain't Nobody Got Love on a Real Train [Mashup... 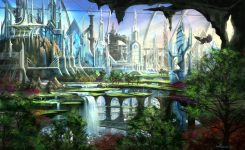